There was a time during the Kenny Chesney concert last night at Scotiabank Place, about half-way through the show, when the man himself stood at centre stage and explained that he'd been in the business for 16 years, and this was their first time playing Ottawa. He paused for a moment, gazed out at the crowd, and said something like this: "Judging by how awesome you guys are tonight, I'd say we waited 16 years too long..."

And the place went absoultely crazy.

Fans cheered, screamed, and went wild for about 5 whole minutes, while KC stood, sipping from his water bottle, nodding his head and laughing.

For a lot of Kenny Chesney fans in attendance, 16 years was well worth the wait. 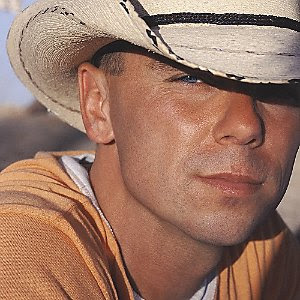 He brought along with him Lady Antebellum and Miranda Lambert, two opening acts that warmed the crowd up to a frenzy for him. I was especially impressed with Lambert, as I wasn't a huge fan of hers before, but she won me over with her strong set and her rockin' redneck-chick attitude. She killed a cover of Joan Jett's "I Love Rock 'N Roll", and I also loved "Dead Flowers", "Kerosene", and "Gunpowder and Lead".

Lady Antebellum has been one of my favourite new groups for the past year, and they didn't disappoint either, churning out "Love Don't Live Here Anymore", "Lookin' for a Good Time", and their first #1 hit in Canada, "I Run to You". Next CD purchase is definitely going to be some Lady A!

When Kenny finally came swinging into the arena in a seat suspended from above as he opened the show with "Live Those Songs", that's when the party really began. He made his way through all of his biggest hits, including "When the Sun Goes Down", "No Shoes, No Shirt, No Problems", "Young", "Keg in the Closet", "Beer in Mexico", and "Living in Fast Forward". 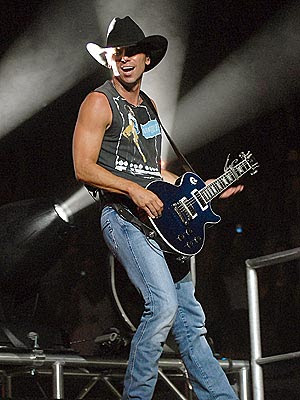 He slowed things down at times, but even then, it was pure magic and didn't dampen the party atmosphere at all. I particularly loved "I Go Back", as a disco ball spun high above the arena amidst blue lighting, making it feel like we were all underwater. The poignant lyrics resonated: "I go back to a pew, preacher and a choir, singing 'bout God and brimstone and fire, and the smell of Sunday chicken after church. I go back to the loss of a real good friend, and the sixteen summers I shared with him - Now 'Only the Good Die Young' stops me in my tracks..." It chokes me up everytime, but hearing it live was special.

Another highlight for me was probably my favourite KC song, "Anything But Mine". That song contains one of my favourite song lyrics of all time: "And as we are dancing, Mary's wrapping her arms around me, and I can feel the sting of summer on my skin." Any better line to hear on a hot August night, surrounded by other Kenny fans? I don't think so. It made the hairs on the back of my neck stand on end.

Of course, the laid-back Southern flavour was strong all night long, as Mr. Chesney makes it no secret that he loves to spend his time down south on a beach with a drink in his hand and guitar at his side. That comes out in a lot of his music, but none more so that in "Everybody Wants to Go To Heaven", which has such an awesome Carribean vibe. 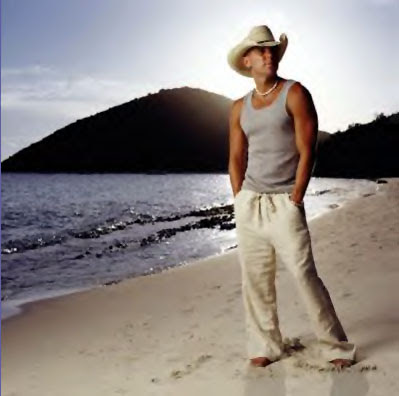 It was also nice to hear some of his older tunes, including "Back Where I Come From", "Me and You", and "Don't Happen Twice", the stuff that made us all first fall in love with Kenny Chesney. And then, to hear his latest hit, "Went Out Last Night", a reminder of why we all still love Kenny after all these years!

For the encore, what else but "She Thinks My Tractor's Sexy"?? By that point, it was the only song left that we hadn't heard that we all knew had to be played. It was the song that shot Kenny Chesney to super-stardom, and had every girl dreaming of finding a man on a tractor. There was no tractor on stage with him last night, but I didn't need one to come to the conclusion that Kenny Chesney is sexy...

It's impossible to compare KC to AC/DC; it's like comparing apples to oranges. But I'm considering myself pretty damned lucky to have seen two of the best concerts of my life in less than two weeks. Last night, sweet seats with a closer proximity to the stage only added to the awesome experience. It felt like we could reach out and touch him.

One thing is for certain: It better not be another 16 years before he comes back to see us. I'm not sure we could wait that long again!
Rambled on by Jill at 9:15 am

I got my sexy man and his sexy tractor ; ) That's the only song that I recgnized in your list. But it still sounds like it was an amazing show.

he is wearing a "Bruce Springsteen Live 75-85" shirt so he must be ok.

That shot actually wasn't from the Ottawa concert, but yeah...he's ok. LOL

I've heard he's good. one of the brokers at my work is in love with country music and he keeps going to see this guy. I think he's gone to New England to see him. Plus anyone who likes Bruce is ok by me.