All You Need Is Love!

I'm loving the video of The Lonely Island and Jimmy Fallon performing their song "I'm On A Boat" with classroom instruments.  I had never heard of The Lonely Island or this song before, but it totally made my day.  It's been stuck in my head ever since.  Andy Samberg is awesome, and we all know how I feel about Jimmy... ;)

I love my new favourite non-swear word, also courtesy of The Lonely Island and "I'm On A Boat" - Mickeyfickey is a great way to vent some anger without saying the "real" word.  I've been "mickeyfickey'ing" a lot since I learned that one!!

I'm so loving the Netflix show Bloodline.  I was debating on the weekend what show I should start next.  I am into The Office, and quite enjoying it, but I felt there was room for another show in my life at the same time.  I was debating between Bloodline and House of Cards.  The deciding factor was Kyle Chandler's sexiness.  He trumps Kevin Spacey, BIG time. 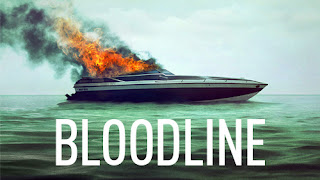 And I'm loving Kyle Chander as John Rayburn in Bloodline JUST as much as I loved him as Coach Taylor in Friday Night Lights.  There is just something so irresistible about that man! 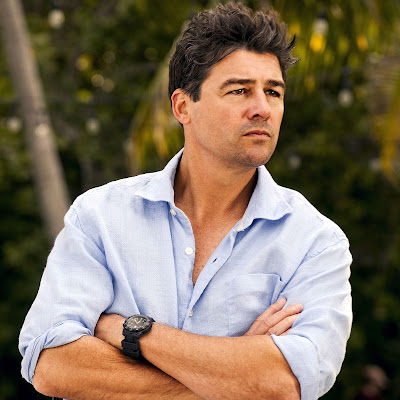 Back to The Office... Yes, I do love it as well!  And I am also quickly falling for John Krasinksi, who plays Jim.  I remember loving him in the movie "Something Borrowed", but he hasn't really been on my radar otherwise.  He is now!!! 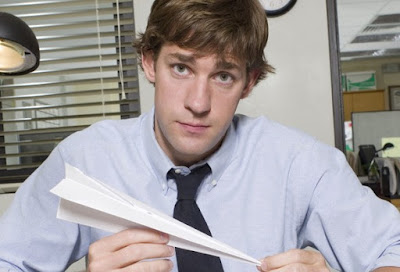 Have I mentioned lately that I love Netflix?  Oh, how I love my Netflix.  Especially now that it seems to work on a semi-regular basis.

I LOVE that Relay for Life is on Saturday, and with each passing day, I grow more excited.  As that night grows longer, the silliness in our camp can get a little ridiculous, and those are the moments at Relay for Life that I love most.  We shed tears that night, to be sure... and it's nice that many of them come from laughter!

On a more somber note, I have to mention my love for the people surrounding me - the family and friends who are supporting me in my Relay for Life efforts.  I'm sure I'll have more to say on that subject in coming days, but today I couldn't talk about the things I love most without mentioning those who have sponsored me and helped boost me well past my goal of raising $500 for the Canadian Cancer Society.  Cancer is an evil and nasty disease, and it's hard to find someone who hasn't been touched by it.  I walk in memory of Dad, but there are just too many people in my life who have battled, are battling, or have lost their fight.  Just this week, a cousin of mine lost his battle, and of course I was devastated by the news that The Tragically Hip's lead singer, Gord Downie, has been diagnosed with terminal brain cancer.  It hurts terribly to think of all of those who have been effected.  I will be holding them all in my heart as I walk on Saturday night. <3 div="">
Rambled on by Jill at 12:55 pm 3 comments:

Can I get an Amen for short weeks?!

You know what is awesome about this Wednesday?  In my brain, it is Tuesday.  I have had to remind myself about 6 times already this morning that it is Wednesday, not Tuesday.  God bless short weeks.

This past weekend was a much-needed pause; a chance to slow the pace, relax, and re-charge the batteries.

I started things off right Friday by leaving work a little early.  When I got home, I prepped a few snacks, did some last-minute tidying up around the house, made a big bowl of "party punch" with a splash of rum, then settled back with an ice-cold glass to wait for my friends to arrive.


The ladies started rolling in shortly before 7 PM, and then the long weekend felt like it had officially begun!  My dining room table was loaded down with a ton of yummy snack foods, and the girls also came with their drinks.  We sat around the dining room table and spent the evening chatting, laughing, eating, and just un-winding.  It was EXACTLY what I needed after a particularly draining week last week.  I noticed at one point that someone had left the lights on over in the church basement next door, so I went over to shut them off, and while I was outside, all I could hear were the laughs and shouts coming from the open windows of my house.  I was that neighbour.  And it made me smile.  I'm lucky to have such a great group of friends!  I'm already thinking about when to plan the next "Girls Nite In".

After the girls had left and I had cleaned up the kitchen and dining room, I went upstairs to put on jammies, and discovered a MASSIVE spider.  Oh, y'know, just hanging out on the carpet in the middle of the hallway.  I have only seen a spider that size in my home once before, and Brenda was there to kill it for me.  This time, it was 1 AM, and Brenda had left quite a while before, so I had to kill this sucker on my own.  Still gives me the heebie-jeebies thinking about it, especially since it almost got away!  The last time a spider that big was in my house, it was after the bridal shower I had for Lindsay four years ago... so apparently spiders like to attend parties at my house?! eeep! (there was no time to get a picture of it, so of course, no eveidence.  But I needed a THICK wad of Kleenex to go at this sucker.  he crunched.)

Saturday morning I slept in a bit, and when I rolled out of bed, I decided to take advantage of the beautiful morning and go for a walk outside with my camera.  Got some nice early-morning shots around town, and down by the water... Of course, not uploaded yet! Sorry!

I went up to Mom's in the afternoon to sit outside and read, but the bugs were WHACKO.  Black flies were feasting on me, and I don't react well to black fly bites.  So I went in to watch the Jays game and nap for the afternoon.  When I woke up, we went down to my sister's place for a barbeque and hung out with them.  After supper, I came home and settled in on the couch to watch the movie Blended on Netflix... I'm a sucker for a good Adam Sandler/Drew Barrymore movie, but I have to say, this one wasn't all that great. LOL  The Wedding Singer and 50 First Dates definitely trump this one, no matter how cute they are together! But aside from that, it was a perfectly relaxing, lazy day! 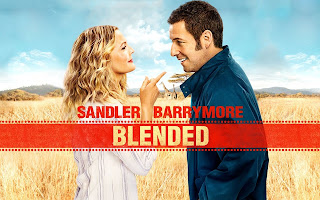 Sunday we went to church and out for brunch, as per usual, and then we all hung out at Mom's for the rest of the day.  Mom dug out my cousin's old toy wrestling ring and wrestlers that hand been handed down to us years ago.  She cleaned it all up, and Caden played with it all afternoon.  We also watched the finals of World Hockey Championship.

On Friday evening, Sheena taught me how to do all those funny things on Snapchat - like become a dog, or have rainbows puking out of your mouth, and it made me ridiculously happy to play around with it.  I was showing Caden and Danica how to do it on Sunday, and Danica thought it was a lot of fun to turn herself into Lindsay. LOL! 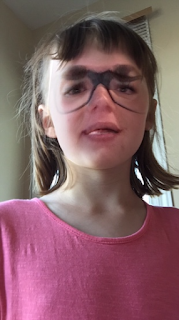 By evening, it was time to head to my friend Sharon's for her and husband's 10th anniversary party.  A big group of friends gathered to enjoy a delicious meal prepared by Sharon, and then, once the sun went down and bugs weren't so bad, we moved outside to play Texas Horseshoes.  I opted out of playing, insisting I need to be the photographer to document the event, but right near the end, Wayne talked me into playing a game with him, against Lolly and Sharon.  I played the best game of Texas Horseshoes I have ever played in my LIFE.  Everything was going in.  It was dumbfounding.  I think the game lasted about two minutes, and Wayne and I won 21-zip.  It was kind of a May long weekend miracle.

Monday was yet another wonderfully lazy day.  I did laundry, watched episodes of The Office and Bloodline on Netflix, and spent a lot of time out on my back deck reading.  The black flies seemed to take a chill pill and I was able to sit out there and not get attacked for once.  Mom and I had chip stand food for supper, and then went for ice cream afterwards too.  The best way to end a perfect long weekend!!

And now, it is already Wednesday... I'm excited for this upcoming weekend too, as I will be walking on Saturday night with my Slipper Sisters (recently re-named the Sleezy Sisters, thanks for that Uncle Elson!) in the Relay for Life.  So I'll be spending the day Saturday resting and napping to get ready, and then likely sleeping all day Sunday to catch up afterwards.  We always have a lot of fun amidst the somber moments, so I'm very much looking forward to it. :)