Forgive me. I warned you all I was obsessed.

OK.  So, as I fall deeper into the whole Fifty Shades phenomenon – I’m about half-way through the second book and hate to put it down, like literally contemplated playing hooky today to stay home with Christian – I can’t stop thinking about this story playing out on the big screen.

(Like, seriously, how the F are they going to do that?  What kind of rating can a movie like this get??  It’s going to be very, very interesting, to say the least…!!)

Anyways…one of my favourite  things to do when I get swept away in a story is try to picture which star would play each character.

I’m hardly the first one to do this – many of my fellow Fifty Shades fans have already posted their “dream casts”.  I’ve read many of them, and I’ve also googled it to see what the word on the street is for actors and actresses favoured to play the roles of Christian Grey, Anastasia Steele, Kate, Mrs. Robinson, José, Elliot, etc.

I agree with some…others are completely redic…so without further ado, here’s my thoughts on who should – and who shouldn’t – be cast in the on-screen version. 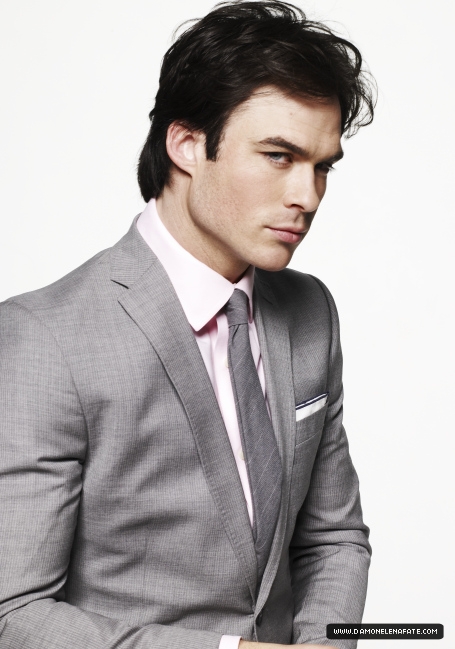 I’ve said it before, and I’ll say it again.  Ian Somerhalder, aka Damon Salvatore of The Vampire Diaries, is my Christian Grey.  I honestly can’t picture anyone else in the role.  Throw some copper highlights in that perfectly tousled hair, and bam – it’s him.

But, from the other names I’ve heard tossed around, this is the only other one I could ever consider: Henry Cavill.  I got a crush on him back when I used to watch The Tudors.  Honestly, though, I think he’s too sweet.  Not edgy enough.  Doesn’t quite have that burning, smoldering thing that Ian pulls off so well.

Bad choices:  Ryan Gosling, Christian Bale, Zac Efron, Rob Pattinson.  Love them all in different ways, but not one of them could pull it off.  Well, maybe Rob could, since his Edward was originally the muse for EL James writing this character, but he’s just too…Edward.  Oh, and Alexander Skarsgard’s name has been floating around too, but he’s too blonde.  None of them will cut it. 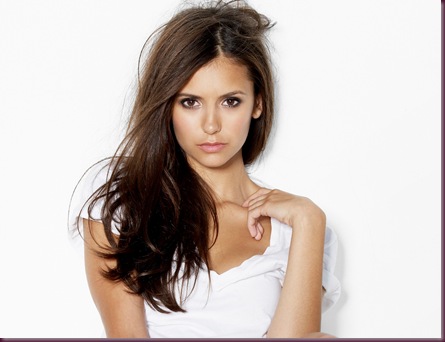 Nobody’s even talking about Nina Dobrev for the role of Ana, and originally, I wasn’t either.  In fact, I was having a hard time figuring out who should be in the role.  Then I heard talk that she would be interested, except that her real-life beau and VD co-star, the aforementioned Mr. Somerhalder, was a heavy contender for Christian, and she doesn’t think it’s a good idea for them to take their “Elena and Damon” show on the road.  I suppose Anastasia should be more pale than Nina anyways, but regardless, this is Ana in my mind.

I would also be okay with…

Felicity Jones.  I have no clue who she is, but she was the top pick on another website.  I think she could fit.

Bad choices:  Kristen Stewart.  I don’t really care about the rest of the girls in line for this role, but K-Stew should definitely be a no-go.  Same reason as Rob.  They are Edward and Bella, and they need to stay far, far away from Christian and Ana! 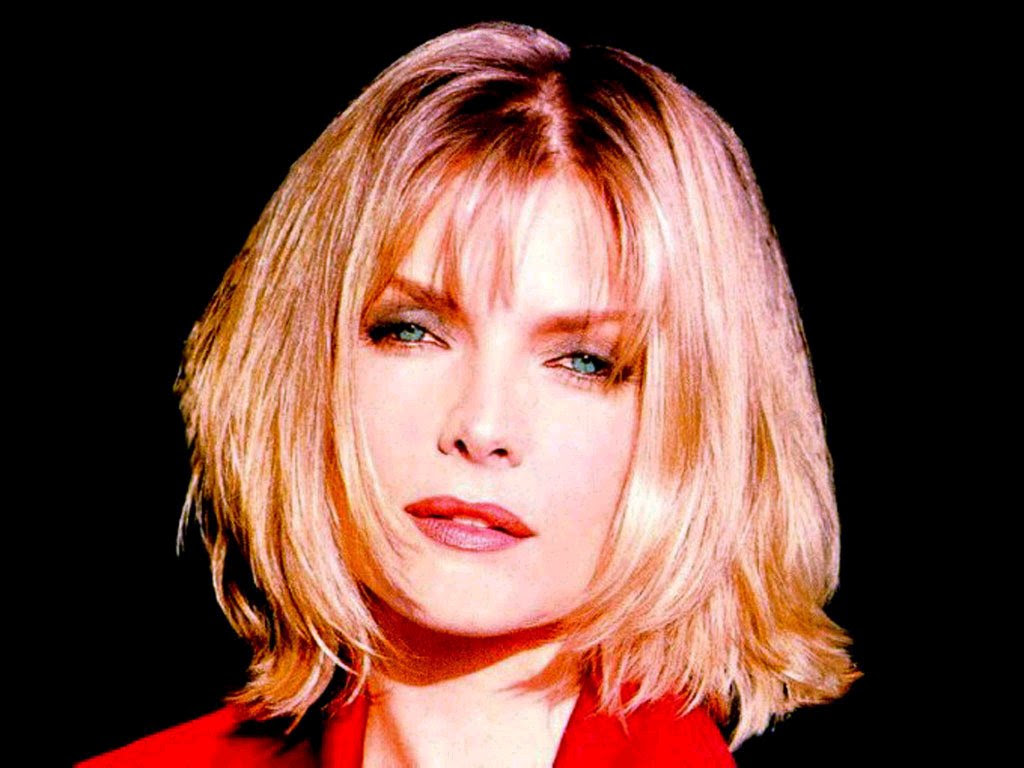 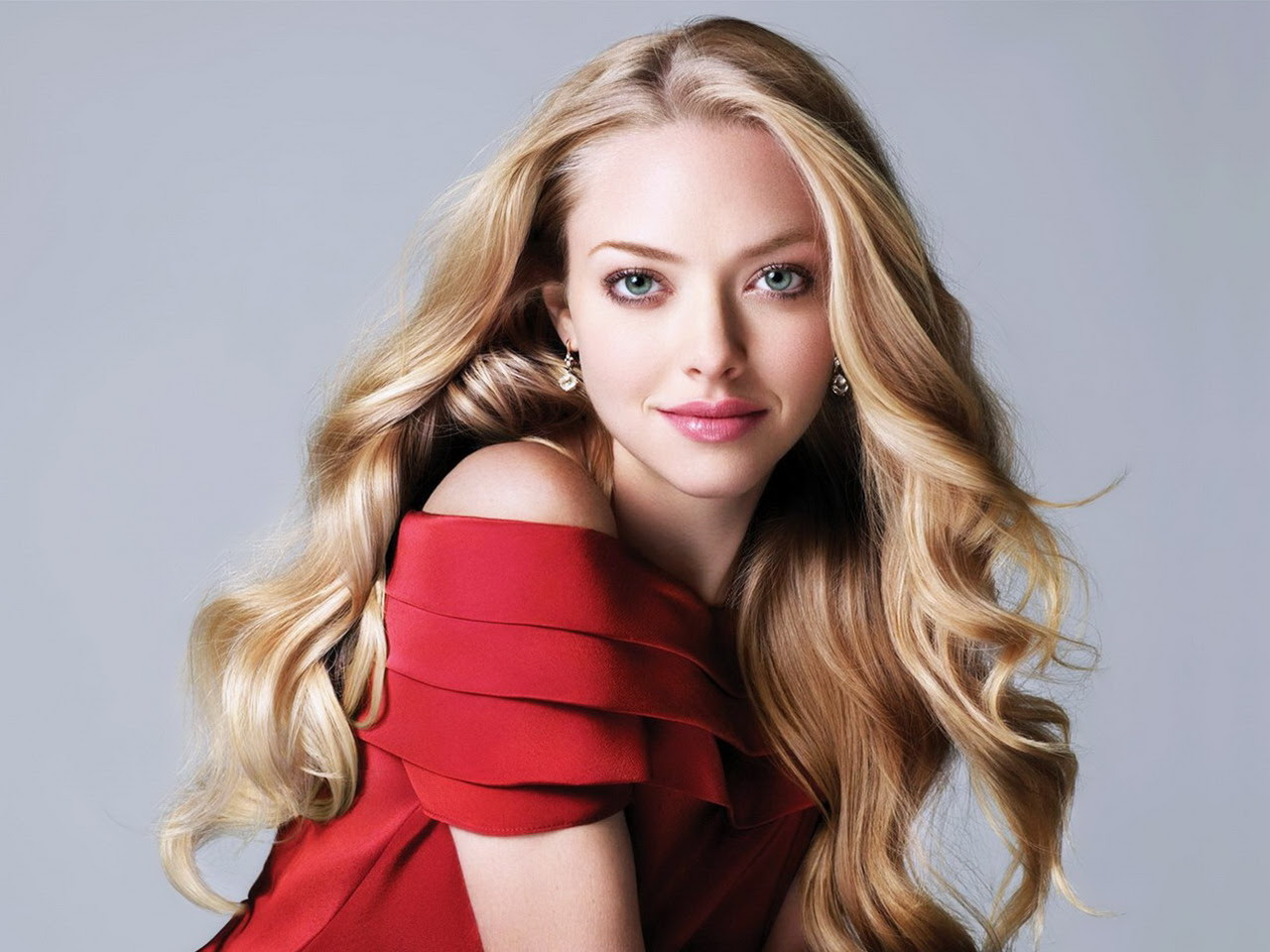 At first, I thought Amanda Seyfried was going to be Anastasia, but I think she better suits the role of Ana’s roommate and best friend, Kate. The first to utter the now-iconic phrase “Laters, baby”, Christian’s brother Elliot is the only one who gets a Twilight alum to play him – Kellan Lutz makes the perfect playful ying to Christian’s (Ian’s) dark, twisted yang.  I realize he’s also probably who EL James pictured in the role, since she based the characters on Twilight, and Elliot likely is Emmett.  Oh well.  It really, really works in this case.

I’ve always had a little crush on Jay Hernandez, and I instantly pictured him when Ana’s photographer friend José turned up, causing Christian to turn 50 shades of jealous.

But I think that’s enough obsessing for one day, huh?

If you’re reading the books, who is your Christian and Anastasia?

Love your cast choices! I really hope they don't cast K-Stew as Anastasia. She doesn't even make a good Bella in my opinion!

I had no idea they were making this series into a movie. How can they possibly without a NC-17 rating?

I'm still just a bit baffled by the whole 50 shades thing. I think I read too much for it to truly appeal to me.
I have whiled away many a car trip discussing with Nick who should people some of our favorite books though!

I have to say that I love MOST of your choices and whilst I cannot completely disagree with Ian as your Christian, I really think that we need to think carefully about Ryan Gosling. I know you said he didn't have it all but he can do that tortured Grey look like nobody else and Ian has a little too much smarmy and not enough sad little boy about him. That being said, at least he's universally sexy. Whoever they choose has to be that. It's the WHOLE point of Christian Grey.

Yum. I love some Ian Somerhalder. He's been a my favorite celebrity crush for quite some time.

I really need to read these books =D

Just FYI, the linkys for Friday Confessional and Happy List are on my blog this week and next week while Mamarazzi is taking a bloggy break. I hope you decide to play along.

nina dobrev is perfect miss steele, i cant wait to see her as anastasia steele, i will pray she will get the role