Confession… It’s good for the soul!

But before the weekend fun can begin, we need to confess… It’s been a REALLY long time for me, I’m due!

I confess… that as much as I love the nicer weather & the fun that comes with it, there’s a very big part of me that longs for the quiet hibernation that winter has taken away with it.  I really am a bit of a hermit.

I confess… that losing McDreamy didn’t bother me as much as I would have.  Lots of people have dropped off from watching Grey’s over the years, as their favourite characters leave the show – George, Izzie, Christina, Sloan, now Derek.  But I’m still hanging in there.  The day Alex goes, though?  I’m OUT! 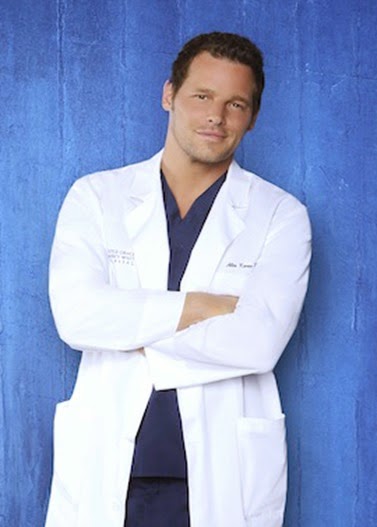 I confess… that I would give my right arm for a big bowl of ice cream.  With peanut butter, chocolate sauce, and honey.  Just the thoughts make me drool. 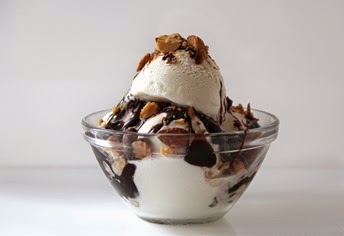 I confess… that the other major craving of my life right now is kind of a weird one, but it’s for a homemade cheeseburger and deep-fried crinkle-cut french fries.  My mom used to make that on that on the odd occasion when I was a kid – the deep fryer especially was a rare occurrence.  I don’t think she’s had that deep-fryer out in a million years.  It always smelled so good at the time, but when your house smells like deep-fryer for two days afterwards, not so much… Still, that’s the craving du jour! 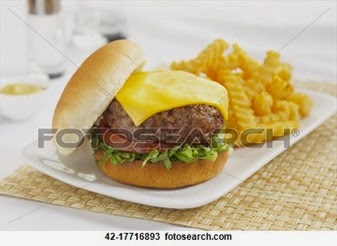 I confess… that it is really hard to get myself back on track with healthy eating when I keep getting hit with these silly junk food cravings. urgh.

I confess… I couldn’t believe how big my nephew Noah had gotten over the past few weeks when I saw him on Wednesday.  Luke & Amanda kept telling us he was eating lots and getting chunky, but I didn’t really believe them.  He is SO cute :) 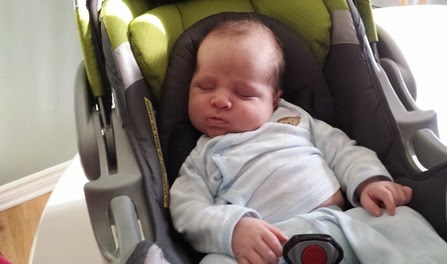 I confess… that I don’t even like to think about it, but it was a year ago tonight that I summer-saulted out of bed and thought I broke my neck.  I pray that history does NOT repeat itself.

I confess… that I really miss watching Sens hockey.  I got so caught up in it from February on, that it really does feel like a piece of me is missing now.  And no, watching other teams does not help. 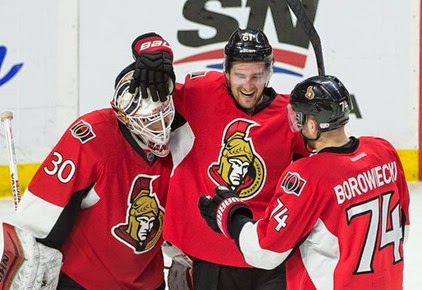 I confess… that I let my feelings get hurt too easily.  The smallest thing that really means nothing can cause me to fuss and fume over it for way too long.  I really need to get me a thicker skin.

I confess… that even though I’m not a mom, I am still very much looking forward to Mother’s Day – I guess because I always enjoy time with family, and I look forward to toasting my wonderful Mom!  I am a lucky kid! 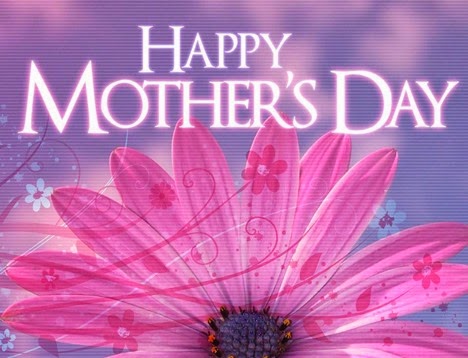 Wishing you all a Happy Friday, and to those of you out there who ARE Moms – enjoy your weekend!!  Happy Mother’s Day!!

Married at First Sight? No, Thanks!

The problem is that dating absolutely terrifies me.

It’s a crippling, debilitating fear that has driven me to believe that I may very well be alone forever.  In my daydreams, I’m always in a comfortable relationship, and there is a man that is part of my life and my routine.  But the real-life process of getting there? It makes me so anxious that I could puke.  Or cry.  Or both.

My dating experiences have been few and far between, but every time, the same thing happens:  I have a guy in my sites, and I think he’s pretty great.  This could work, I tell myself.  I get excited.  But then, we actually have to go out.  And that’s when the panic sets in.  I never let it get too far before I turn into a total basketcase and shut the whole thing down.

A while back, my friend Brenda told me about this show she watched – I think she got caught up in an A&E marathon, actually – called Married At First Sight.  The premise of the show is that these four experts – a psychologist, a sexologist, a sociologist, and a spiritual advisor – do extensive research and interview people who are desperate to be married but haven’t had success finding their “soulmate”; then they match up six of these singles based on what they’ve learned about them and their potential to be suitable companions for one another. 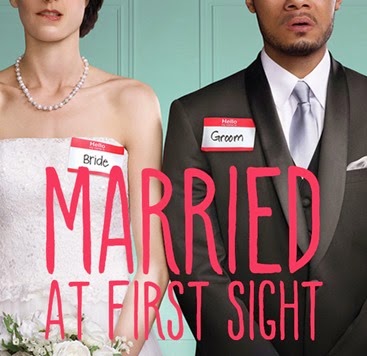 The catch, of course, is that these couples don’t even meet one another until they get to the alter.  dun, dun, dunnnnnnnnn!!  They get married on the spot, go on honeymoons, move in together, and then after six weeks, they have to decide if they want to stay married or get a divorce.

After watching the first season, Brenda thought I should sign up for this show.  She, along with most of my friends, know about my anxiety issues and how the thought of going on a date makes me want to dig a hole in the ground and bury myself alive.  So I believe her theory is that, if I could just skip that whole awkward getting-to-know-you dating period and jump right into the middle of a settled, done-deal relationship, it could work for me.

Season 2 of the series started a month or so ago, and I have been watching.  Honestly, just watching the show makes me want to throw up.  These folks still have to do the “getting-to-know-you” stuff, but with the added pressure of the fact that they are LEGALLY BINDED to one another.  They have committed to the six-week experiment and they can’t run.  They have to stick it out.  They have to make an effort.  They have to give it their best shot. 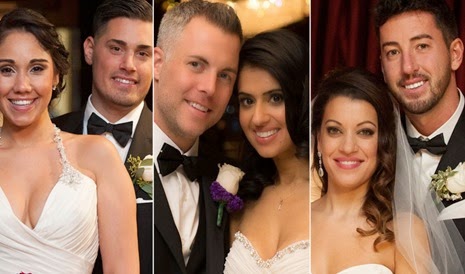 I think those experts would spend five minutes talking to me and say, Nope, this kid is NOT cut out for this experiment.

My natural instinct is to bolt when I am taken out of my comfort zone.  I have done it several times.  I’m a creature of habit, I like my routine, and I’m so used to being alone at this point in my life that I think throwing me into an arranged marriage would be a grade-A disaster.

I don’t know where that right guy is, but I doubt he’s waiting for me on a TV show.

That being said, watching me completely fall apart and possibly vomit all over my wedding dress probably would make for some entertaining TV.

So, tell me… have you watched this show?  Do you think you could do it?  Get “married at first sight”?  And if you ARE watching…do you think any of this season’s couples stand a chance?

Everything has just exploded with busy-ness – work, social life, community activities… Downtime for the next few months is going to come at a premium.  I get overwhelmed easily.  It totally helps to pause and take stock, be thankful, and list what I’m loving!

So here we go… 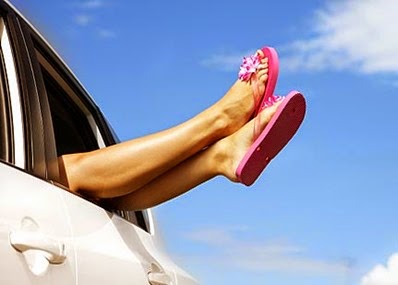 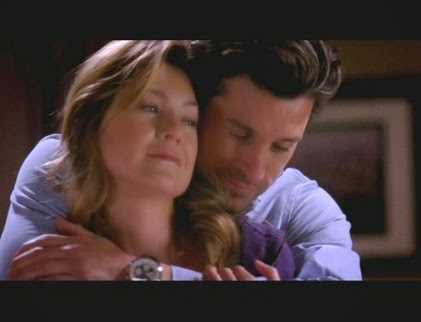 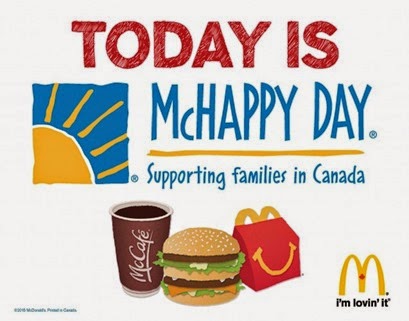 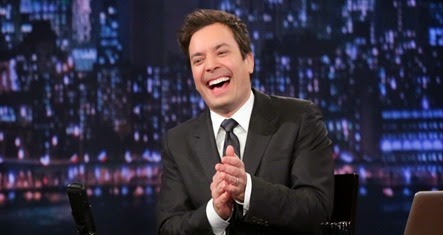